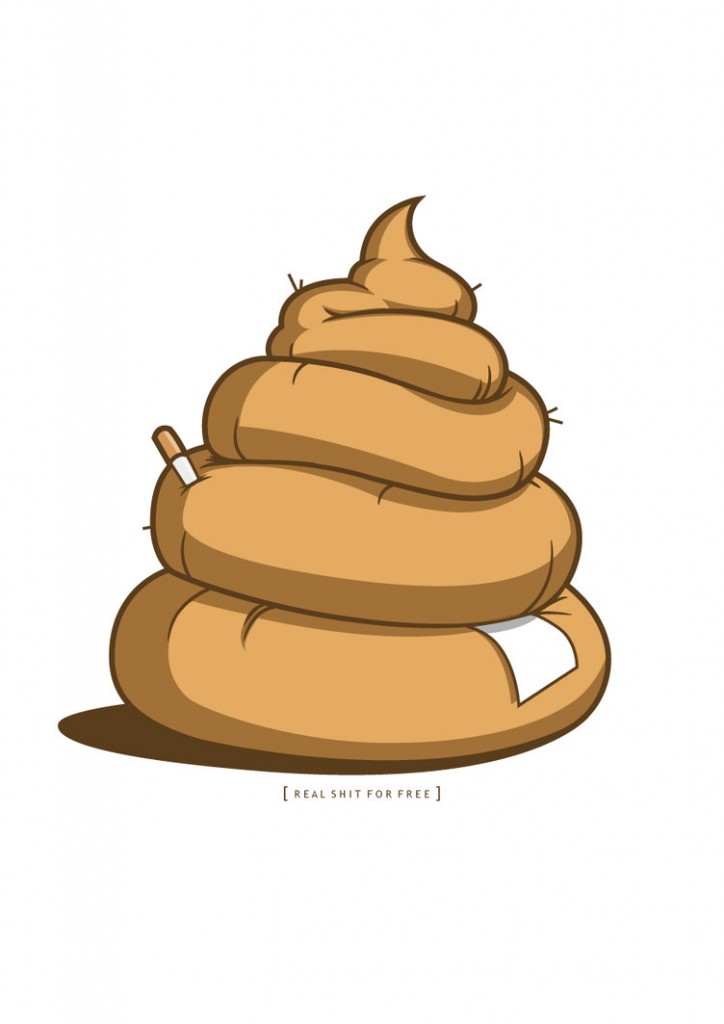 After the third post to my Facebook wall this week I have to say something about people’s passion for sharing shit. Yes, SHIT. Social media loves a good train wreck and it seems my colleagues in the fitness industry love to share “how not to” videos more than they share “how to’s”

Listen, thank you but no thank you. I don’t need you to share the latest ridiculous poorly performed exercise video on my wall and neither does anyone else. We don’t need you to point out how shitty it is. If it looks like shit, smells like shit, feels like …well you get the idea. Anyone involved in the fitness industry knows they are swimming in a sea of turds. When you post junk to my wall and point it out to me its literally like saying “hey, look at this turd!!!!” Well I ask you, what makes that shit so special? I am surrounded by crap. Don’t point out some turd like its special, it isn’t. Go find me a diamond. Find a brick of gold that is swimming in a sea of shit and point that out to the world on your social media. When you share crappy videos they go from relative obscurity with a couple hundred views to internet fame with thousands. Is that how you want to use this kind of power? Should this power be used to share crap? Stop it! don’t post it on my wall. If you run barefoot in the park and step in a huge pile of shit are you going to come to my house for me to confirm that you have a shit covered foot? I don’t think you need to and I don’t think you need to hear my opining on a shitty video.

Do me a favor. The next time you get the urge to point out a turd to your social media following, fight it. Find something great, someone doing honest hard work that is helping people and share that with the world. Help them get their message out. Be useful to the people following you. As the saying goes “do nothing that is of no use”…..and that includes sharing shit.