Don’t miss this chance to train with the Masters of Movement. Space is limited and this event will sell out without notice.From August 13th to the 17th Agatsu will host a once in a life time training event brining together experts from Olympic Weightlifting, Kettlebells, Handbalancing, Flexibility, Nutrition, Parkour, Running, Bulgarian Bag and Joint Mobility. Five life changing days that will transform how you move and train forever.

*This event is suitable for all skill levels*

All workshops will be held at The Academy of Lions in Toronto Ontario Canada. (with the exception of the Parkour training which will be held at The Monkey Vault Gym)AOL is not just a gym, its an experience.  This 10,000 square foot gym is located at  64 Ossington.  The facility is spread  out over 4 levels devoted to physical culture, healthy foods and locally designed goods. 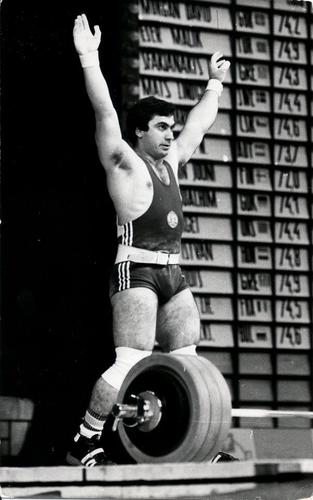 Olympic Weightlifting is the most practiced and effective strength sport in the world. It produces excellent health along with athleticism, skill and mental focus.

Alex Varbanov has devoted 35 years to the sport of Olympic Weightlifting and has built a strong reputation of a weightlifting professional. Varbanov possesses a master’s degree from the National Sports Academy of Bulgaria; he is an Honoured Master of Sports and an Associate Professor at ECACEC – Chile.

Alex Varbanov – the Athlete (competed in the 75 kg bodyweight division)

Bronze medalist from the Olympics in Seoul, South Korea – 1988

10 official World Records, two of them are still in the Guinness Book of Records: 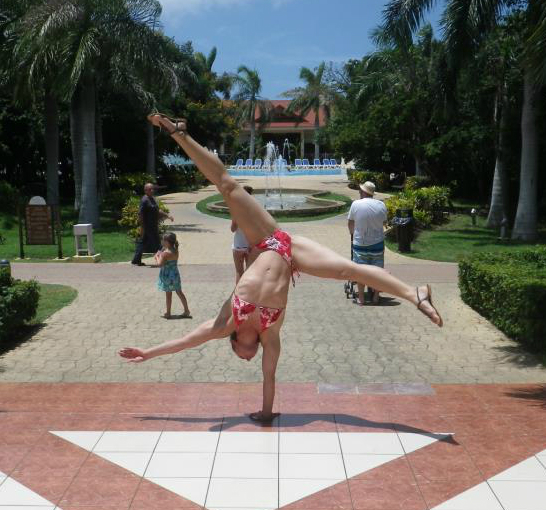 Andralyn Zayn grew up as a competitive gymnast. After leaving the sport she discovered acting and kickboxing. In an effort to pursue a career in acting and stunts she replied to an audition notice for cirus and fell in love with live entertainment. She worked and trained with The Underground Circus in Vancouver for 3 and a half ears, studied dance to improve her performing abilities, and later on moved to Australia for 2 and a half years to study circus, where she specialized in Handbalancing/Flexibility and created a new specialty combining acrobatics and handbalancing with chinese coach Xing Xing. While in Australia she created a sclass devoted to increasing peoples range of motion. It is a class she had wished existed for years and took it upon herself to share it with the world. After returning to Canada she met Duane Steel, and was able to purse her true passion of Icarian games. 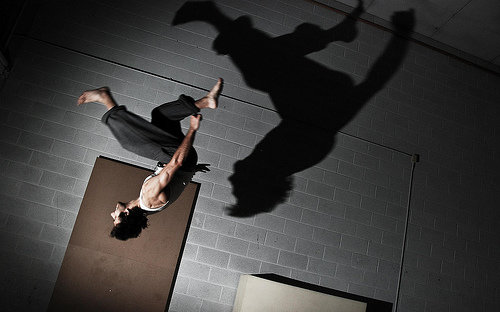 Dan Laboni is the owner of Monkey Vault Parkour in Toronto, Ontario. During the Masters of Movement TrainingWeek Dan will open the doors to one of Canada’s leading Parkour gyms and train everyone in the basics of this incredible movement dicipline.

The Monkey Vault centre is a place for movement. Parkour, Art Du Deplacement, Freerunning, Street Acrobatics, whatever you want to call what you do, the base of each remains the same. Each requires discipline, each requires proper training. That’s why this place exists. That’s why the people inside it train so passionately. This place was created to inspire others to reach newer and higher levels, push people past their previous boundaries, and allow them to prove to themselves what they are made of. We all have monkeys inside us, but as we grow older this feeling, this passion for movement dies away. It shouldn`t. Come play with us, let us help you revive it.

Shawn Mozen is the founder of Agatsu and the father of Kettlebell training in Canada. He was the first Canadian instructor to release instructional DVDS, a workbook and to offer instructor certification seminars. Recognized world wide as an authority on Kettlebells, martial arts and functional fitness Shawn has appeared on US and Canadian tv shows such as VH1′s Celebrity Fit Club, Miami Ink, and Off the Record.
Sara-Clare Lajeunesse- Joint Mobility & Movement

Sara-Clare has been a personal trainer since 2003. Her passion for physical fitness began at a young age through dance and continued on throughout her university years as a teacher’s assistant in movement for theatre arts. There she studied Alexander Technique and contact improv. Since then she has played around with aerial silks and hand balancing.

She is the Technical Director for Agatsu Joint Mobility & Movement Program and also teaches at The Academy of Lions in Toronto, ON.  Her clients range from athletes, seniors citizens, chemotherapy patients to mentoring troubled teens. Her background includes:

Sara-Clare truly believes that anything is possible if you’re willing to work for it. It may not happen tomorrow or the next day, but as someone wise once told her only “perfect practice makes perfect”. Her clients and class participants learn to heal their bodies through movement, building a strong foundation for fitness for life.

A stellar multi-sport athlete from the cross-country running trails to the badminton court, Kimchan has celebrated many victories in his career, including status as a provincial champion.

In 1988 he placed 2nd in Ontario for cross country running, and in the following year was crowned provincial champion in men’s doubles badminton, automatically qualifying his team to national championships. He was twice honoured as Badminton MVP and was named George Brown’s Athlete of the Year in 1989.

Kimchan attributes these accomplishments to first-rate teamwork and influential coaching. Currently a personal trainer, Kimchan utilizes not only the knowledge he gained at George Brown, but his positive experiences as a varsity athlete. His vast expertise allows him to lead a variety of fitness classes including spinning, yoga, classical stretch, and circuit training. Kimchan, a pre-eminent expert in the field of fitness, coaches and trains multi-sport athletes, instructs individuals and corporate groups on the importance of wellness, and organizes athletic events to fund raise for specific charities.

In 1990 Kimchan graduated from the Fitness and Lifestyle Management program at George Brown College and as a full time fitness coach he worked in the most prestigious fitness clubs in Toronto. Dedicating his work to to improving the lifestyle and physicality of his clients, Kimchan assumed fulltime fitness coach role. He has a certified expertise in Kundalini yoga, Crossfit, crossfit kids, gymnastics, kettlebell level 2 and is an NSCA-Personal Trainer. 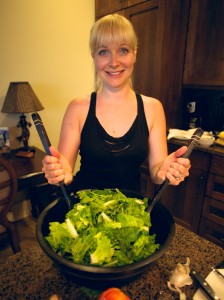 Summer Innanen, creator of Haute Life, is a Registered Holistic Nutritionist and Certified BioSignature Practitioner with a passion for food and helping others.  Having worked 10 years in a corporate environment, she became involved in fitness and nutrition in 2007 after her own “nutrition awakening” and launched Haute Life in 2010.  Haute Life programs include individual and group nutrition consulting, seminars, health challenges and corporate wellness events.  Summer is known for her ability to combine compassion, a wealth of nutrition knowledge, humour and sass into all of her Haute Life services and events.  Summer’s blog, the haute blog, is where she shares her, often brutally honest and hilarious, perspective on health and nutrition, while providing sound and actionable advice to her readers.  She also loves to cook and share her creations on the haute blog, as well as at dinner party events in Toronto.  She is a contributor to Kettlebell Magazine, which has been published in several languages worldwide. Most recently, you can see her on Barrie/Orillia Roger’s TV as the Nutrition Expert on the weekday show “Better Living Through Yoga” cooking up easy and healthy recipes.  She is also a personal trainer and the on-site Nutritionist at Quantum CrossFit in Midtown Toronto, a world-class training centre that works with all ages and backgrounds.  Summer graduated from the Institute of Holistic Nutrition, Canada’s leading school for nutrition professionals, in 2012 with First Class Honours.

Schedule: The Masters of Movement training seminar is spread out over five jam packed days. Training begins 8:00am and runs to approximately 7:00pm each day. Breaks are given between workshops including lunch.

We are limiting space for this event to ensure that each participant gets one on one training from all coaches. Don’t wait, register and reserve your spot today!

(By registering you are reserving your place at this event. As space is limited no refunds will be given for partial or full registrations)